Playful Pup Bites Off More Than He Can Chew 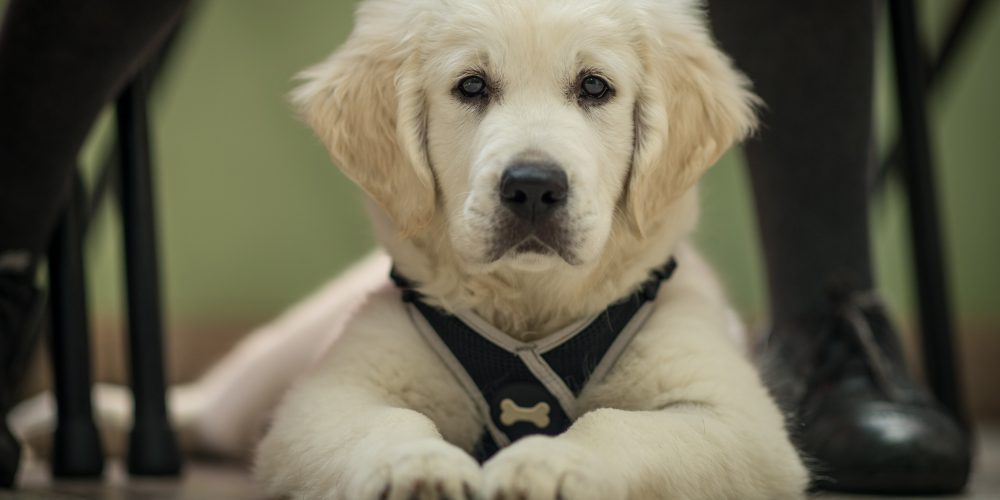 A PLAYFUL pup bit off more than he could chew after swallowing three dog collars while romping with his brother and sisters.

During play time with his siblings, Dougie managed to secretly swallow an entire traffic light colour combination of red, amber and green-coloured collars.

After undergoing emergency surgery at Beech House Veterinary Centre in Warrington, Dougie was given the all clear and is now recovering with his family.

Dougie, an 11-week-old golden retriever, swallowed the collars when he was just eight weeks old while playing with his brother and six sisters.

After x-raying the playful pup, vet Sean Cleary operated on Dougie to remove the collars and says Dougie had a lucky escape.

“The collars had formed a knot and could have caused a rupture of Dougie’s bowel if they hadn’t been removed quickly,” he said. “One of the collars had started to make its way to Dougie’s small intestine and could had been very serious but luckily we were able to remove them in time.

“Dougie is a very lucky dog and is fortunately making a great recovery.”

Beech House Veterinary Surgery is part of the independently-owned Willows Veterinary Group. The group has a network of 25 small animal surgeries, a referral veterinary hospital, two equine centres and a seven-office farm practice located across Cheshire and into the Wirral, North Wales and Staffordshire.

Dougie’s owners Kerry and Rick Savage decided to adopt Dougie after encouragement from their children Jen, 25, Joe, 16 and Emily, 12.

“Rick grew up with dogs and was keen to get one as a pet, spurred on by our children, particularly Emily,” said Kerry of Stockton Heath, Warrington. “We heard about a friend’s dog who was having pups and decided to go and see them. We saw Dougie and couldn’t resist as he’s so sweet.

“We picked up Dougie and initially he was fine, but then become poorly and very lethargic. We took him to Sean the vet and x-rays revealed that he had swallowed three collars which had been worn by his siblings.

“We couldn’t believe it but Dougie recovered really quickly and is now very bouncy and is back to good health. We are over the moon with the care Dougie received from Beech House, it was terrific and the communication we received from start to finish was fantastic.”

Vet Sean Cleary continued: “It’s not uncommon for dogs to swallow objects that they shouldn’t and I have removed many foreign bodies from dogs’ stomachs including bits of Christmas tree and corn on the cob.

“We would class Dougie’s swallowed collars as linear objects which can be particularly dangerous. He was not a happy dog when he came in because he was trying to vomit but couldn’t. Because the collars had formed a large ball we had to make an incision in Dougie’s stomach to remove it.”

For more information about Willows Veterinary Group go to www.willowsvetgroup.co.uk or Facebook @WillowsVetGroup